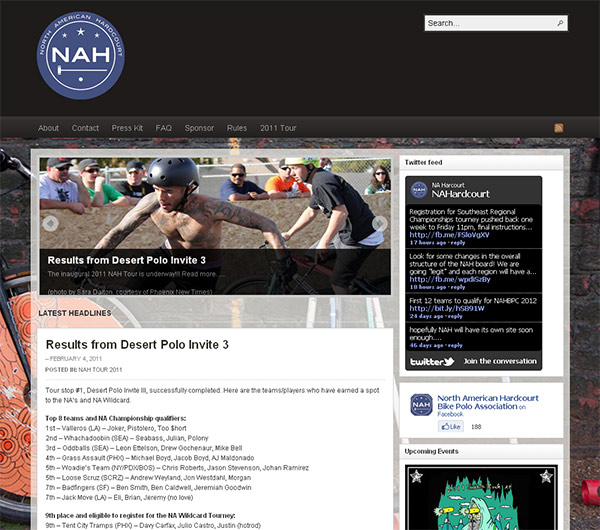 Another step forward in the aim of making polo a recognised and legitimate sport, the North American Harcourt website has been launched.

Early in 2010, North America democratically elected 21 representatives (7 regions, 3 representatives per region), establishing North American Hardcourt, the first national association. This was to unify the players across america in regards to an agreed rule-set and especially important in regards to their tournament structure of “major tournaments” and “minor tournaments”, rankings and of course winning spots for international tournaments such as this years World Championships in Seattle later this year.

The American league has by far the biggest player base and much of the world is looking on to see how it develops.