Some bike sports loving folk up on the central coast have started up a polo club in Ettalong. We were stocked the other week when Ben came down for a couple of sessions to have a hit. He blew us away for such a new player. By the end of the night he had impressed us all with his natural ability.

Ben has since headed back to Ettalong with some new balls and set up the club on the interwebs to attract more players. The Sydney folk are planning to head up in a couple of weeks, so watch this space for more info to follow. 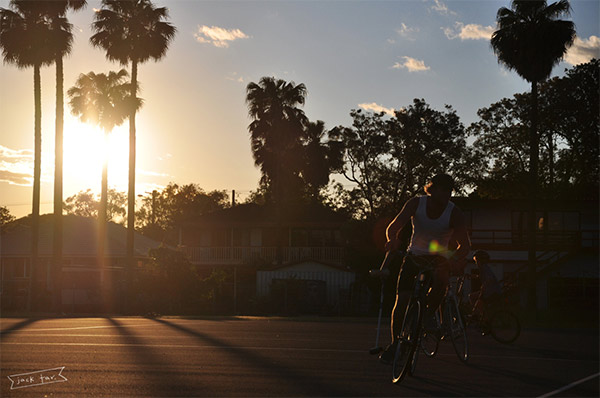 If you want to know more, check out Ettalong’s website at http://ettalongbikepolo.tumblr.com/

Games are usually Wednesday afternoons or on weekends (times always vary). They play at a couple of different spots depending on what courts are available. If you’re interested to know more or get updates on playing times, email Ben at: ettalongbikepolo@hotmail.com