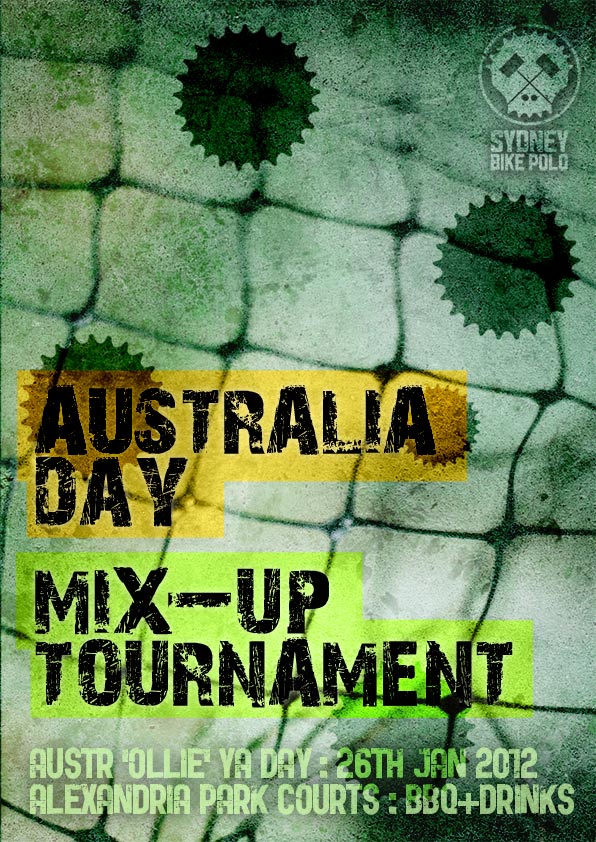 It’s Summer!!! This season of bike polo has well and truly arrived. On Australia Day 2012, we will be hosting a small Australia Day ‘throw-up’ tournament as a trial run for ‘Cirque du Sydney’. No need to form teams for this one, but it will hopefully get everyone good practice for playing in a structured tournament. Just rock up on the day, register and play polo!

A throw-up tournament is where six players are randomly drawn into two teams. Points are awarded to those on the winning team. At the end of the day, the top 12 players go through to a further throw up semi-final and final. We will be posting further details on starting times and what you can do on the day to help out.