After the epic weekend in Perth, many of you have been asking about what other tournaments are on the horizon in Australia and NZ. There are three fully confirmed between now and June, then another two which look likely. On the right sidebar on this page is a loose summary, or you can check bikepolo.com.au tournaments page for a list (keep in mind that it doesn’t always update as quick).

Many of you might have met some of the Auckland crew during our “Cirque du Sydney” tournament, or at least Super Cat (aka Leo). Super Cat has organized this wicked little tournament in Auckland to help grow the local scene. Word is the court is tops.

Yes, this on this week so perhaps a bit too soon if you haven’t got any tickets yet. On the upside, last I heard there was still room for additional teams or individual players. More info here. 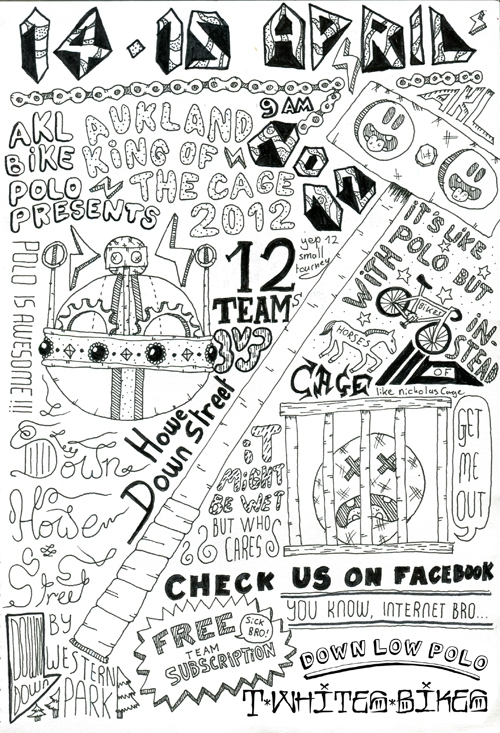 This annual tournament has been running for a couple of years now down in Melbourne. Typically a day of round robin to seed the teams, then a second day of double elimination. There is one or two teams from Sydney heading down already, and if there isn’t room on either of these, extra players are always welcome and find good homes. This one will feature a mobile disco, a couple of kegs and best of all, its located on the pristine courts at Flagstaff. More info here. 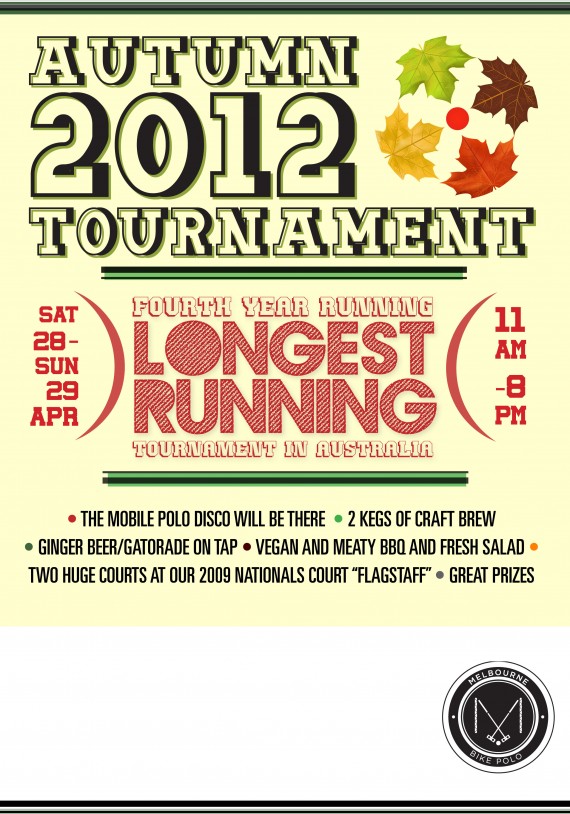 Heralded as Australasia’s coldest tournament, this one I would find hard to pass up on. Last years tournament was not only one of the best organised, it was also one of the most fun in a way only NZ can provide. Chilled, relaxed yet some fast and furious polo to warm those cold bones. This year they’ve had to put a cap on the number of teams as it’s only a single day tournament so you’ll have to get in early as it’s guaranteed to fill up quickly. Again, there looks to be one or two Sydney teams planning to head over so get in touch to fill a spot.

The tournament is over New Zealand’s Queens Birthday weekend of 1/2nd of June with Friday night Knife fights and drinks, with a single day round robin then elimination. Our Cirque du Sydney format was a direct knock off of this system after we witnessed it working so well last year. Check out the CHC bike polo page for more details. 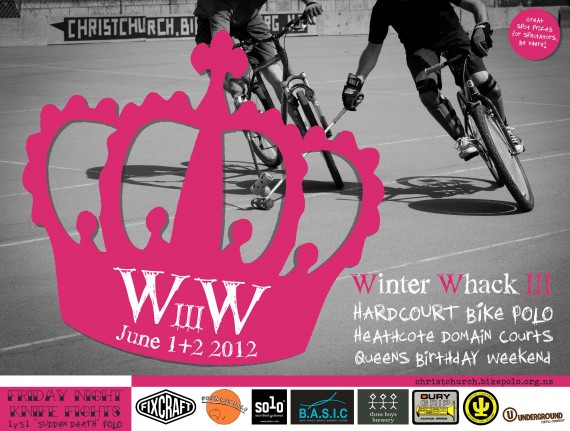