The format will differ depending on the amount of teams playing the tournament (16 to 12) but consist of 5 essential phases: 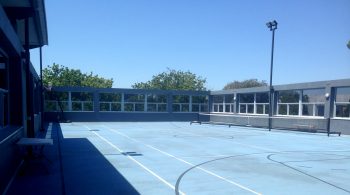 We’re aiming to help ANZ’s polo community grow by encouraging each local club to host at least one annual league. Leagues give spectators something linear to follow and become invested in and players the opportunity to develop their skills in a team environment.

This new venue will also give us an opportunity to put the sport in front of new people and network for sponsors and community involvement.

Sydney Bike Polo will host the tourney with the help of Down Over Polo Equipment, who will run the format of the tourney.

Long story short:
Every team will qualify in their own league with this slot allocation with the exception of all players of the top 4 teams of the Australasian Hardcourt Bike Polo Championship 2017 and we will also invite the first team with 2/3rds of FTW players minimum on a first come first served basis.
Those players are invited under certain conditions which they’ve be contacted about (deadline July 1st, only 3/3rds of invited players or 2/3rds with FTW player)
Registration ends on 3rd of July at 8pm (GMT+10) for invited players and on 10th of July for league players.

NOTE: teams/players declining their invitation will not be replaced until we hit the 12 teams minimum.

First Round is 15mn with stoppages for games // based on that first round we will reassess if games will be 14mn.

Time until next game: 25mn.

Registration for this league is $210 per team.
This registration covers the substantial cost of court hire and lighting to ensure unhindered game time for the whole weekend.

Sydney Bike Polo will do its best to host all of the interstate players willing to come.

WELCOME TO THE SHIT CITY INVITATIONAL 2017
Winter in Sydney edition